Skip to content
So… we decided to take the trip to Athens from our holiday island Zante (Zakinthos) in Greece. Thought we’d take a look at the Acropolis (you know the one with the famous Parthenon on the top). After a ferry trip across the Ionian sea to Kylini and a further two hours coach drive (with a blistering heat outside) we stopped off to look at the mighty Corinth canal in Korinthos, with the thermometer reading 38 degrees Centigrade… ouch! 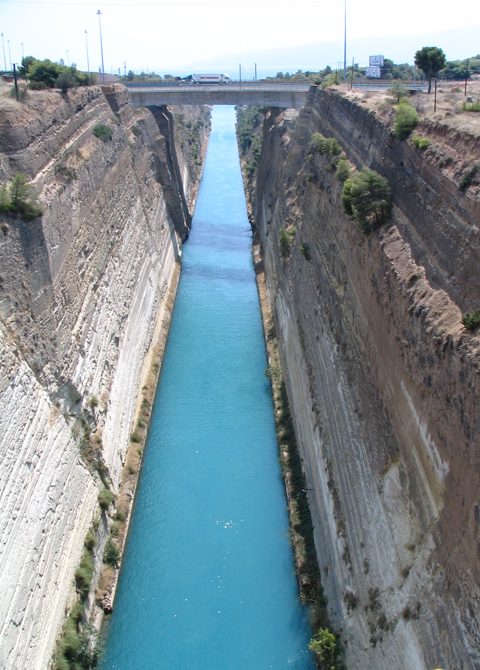 The Gigantic Corinth Canal – nearly 4 miles long, 87 metres high with a water depth of 8 meters
Stepping off our air conditioned coach was like stepping into a pizza oven, so we quickly took our holiday snaps and headed for the snack bar by the canal… and guess what…. out from under the tables came a bunch of street wise moggies. (’cause when the tourists arrive that means food’, right guys?) 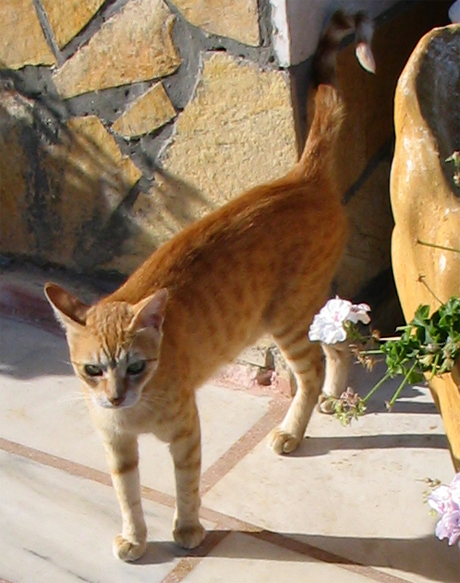 A ginger tom, anticipating his din dins
…and it was fuss all around until the fish & chips and feta cheese pies were served. During the meal some scraps were duly distributed amongst the pack. 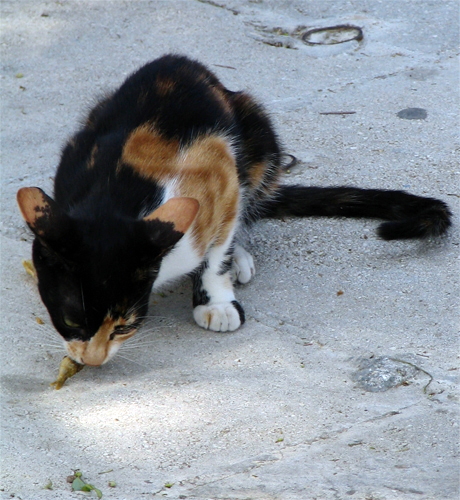 Tucking in to a fish head, mmm..
.. but some of those moggies were having none of it. Too hot or too proud, who knew? 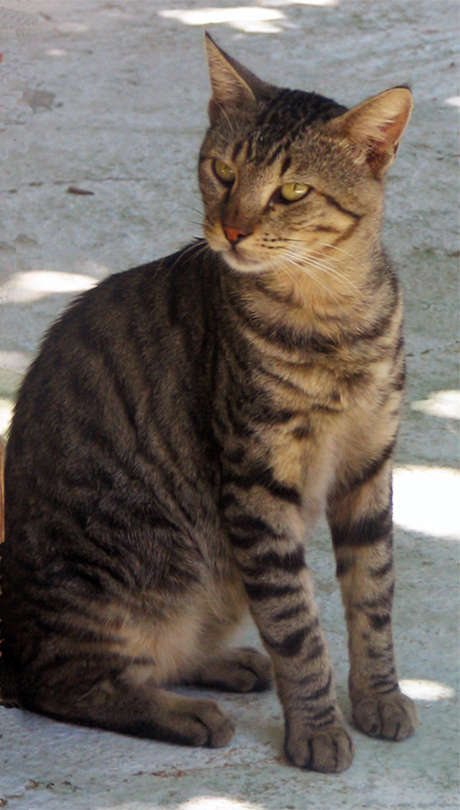 A justly proud creature.
So there they were, the Corinth Canal Cats, all having a fuss and feed in the shade… … meanwhile from out of nowhere this hot dog turned up. She was so hot in fact that she decided to take a cooling dip in the canal. Needless to say the moggies had no such respite from the heat.. but the food was excellent. 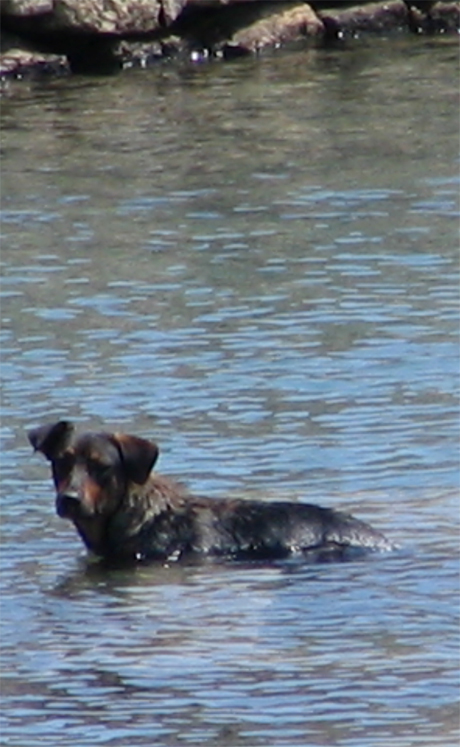 A very sensible dog keeps cool in the canal
… the old dog was still wading away when we pulled on to the E94, Patra to Athens highway and headed on our way …. [teaserbreak] .. and so, on we drove to Athens and our goal the Ancient ruins. 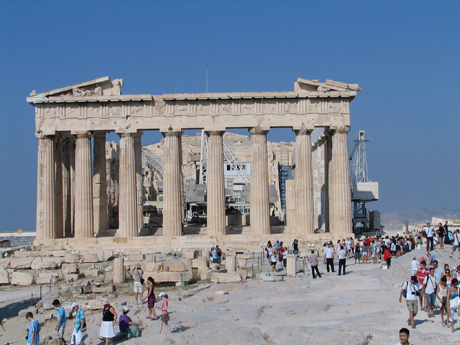 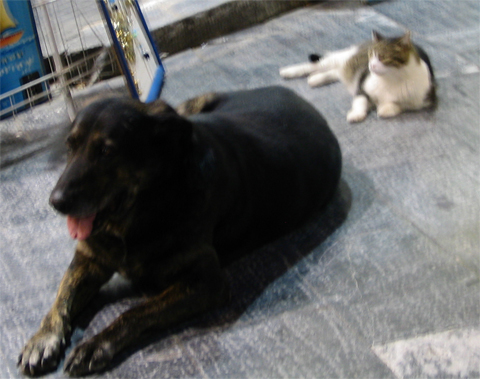 A friendly pair in the Monastiraki Flea Market, Athens
Thats it, the hols are over for another year, and didn’t the time go by so fast [Ed]