With the heavy winter snows still affecting the United States, the cat of the month for February is the Snow Leopard. This beautiful cat was the mascot for the recent XXII Winter Olympics in Sochi and it was a fitting emblem for all the marvellous outdoor activities in Snow! Just like those athletes this feline surely is a master of its environment.

This special Leopard is currently found in ever dwindling numbers in Asia, Afghanistan, Bhutan, China, India, Kazakhstan, Kyrgyzstan, Nepal, Pakistan, Russia, Tajikistan, Uzbekistan, Mongolia, Tibet and possibly also in Myanmar. To be more precise its geographic distribution runs from the Hindu Kush in eastern Afghanistan and the Syr Darya through to the Russian Altai mountains an on to the west of Lake Baikal. It is a sad and daunting estimatation that there are now only approximately 4,000 (yes four thousand!) snow leopards left in the wild, although this number is not a fixed certainty. We are stunned by this finding and can only hope that there are undiscovered snow leopards lurking in even more remote regions throught the world (lets live in hope). The recent footage from the Snow Leopard Trust shows a fine and rare photograph of one of these magnificent cats caught on film by an automatic research camera. 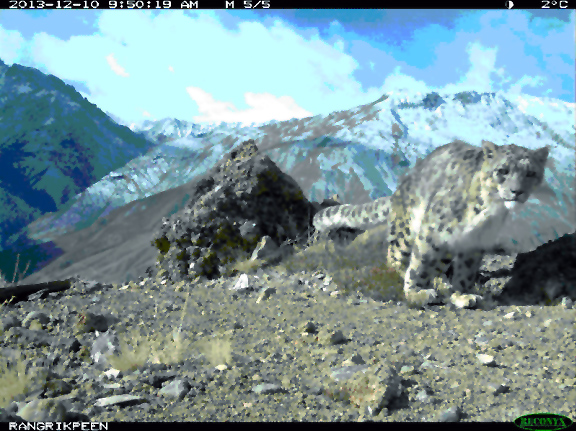 A wild Snow Leopard triggers an automatic camera.
Photograph: Snow Leopard Trust.
Snow leopards show several adaptations for living in a cold, mountainous environment. Their bodies are stocky, their fur is thick, and their ears are small and rounded, all of which help to minimize heat loss. Their paws are wide, which distributes their weight better for walking on snow, and have fur on their undersides to increase their grip on steep and unstable surfaces; it too also helps to minimize heat loss. Snow leopards’ tails are long and flexible, helping them to maintain their balance, which is very important in the rocky terrain they inhabit. Their tails are also very thick due to storage of fat and are very thickly covered with fur which allows them to be used like a blanket to protect their faces when asleep. The snow leopard also has a short muzzle and domed forehead, containing unusually large nasal cavities that help the animal breathe the thin, cold air of their mountainous environment. Both the WWF and the Snow Leopard Trust are working to protect this incredible cat. The Snow Leopard trust have been studying these felines for many years in Mongolia’s South Gobi. You can read about the cats Agnus, Arian (Pure), Ariumbeleg (Pure Spirit), Dagina (Beautiful Princess) and Dvekh (phoenix rising) on this meet the cats page. In the future lets hope we see a lot more cubs like this sturdy soul… 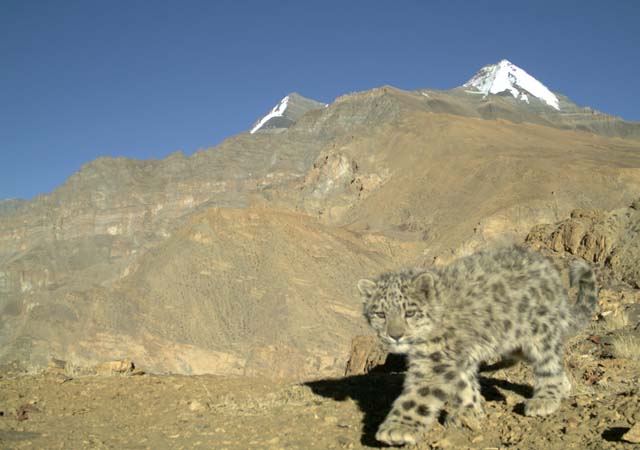 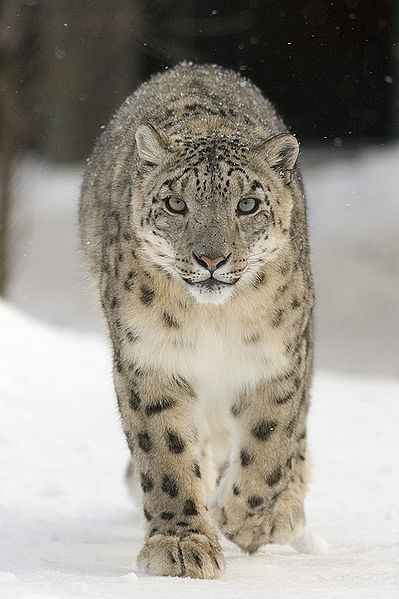 How’s this for a beautiful photograph of a Snow Leopard Ed?

Read more about adult snow leopards on this link.