Skip to content
The European shorthair is a breed of short-haired cat originating in Sweden. It’s one of the oldest and most common breeds, but it wasn’t standardized until quite late and is currently only recognized by one major cat club. 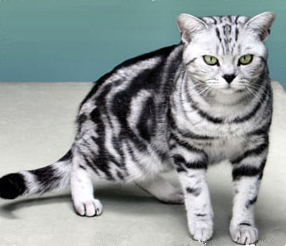 European shorthair – One of the oldest cat breeds
Because it hasn’t been bred strictly until very recently, many European Shorthairs don’t have a pedigree and have not been certified as an European Shorthair. Instead, many European shorthairs are called “bondkatt” (Cat of the Farmer) in Swedish, by the fact that many were bred on farms. To confuse things many mixed breed cats are incorrectly referred to as “bondkatt” instead of the preferred term “huskatt” (Cat of the House).