It started with one…

How about a bite of your fish then mister?
Photograph: Ed@moggyblog

Then a friend arrived… 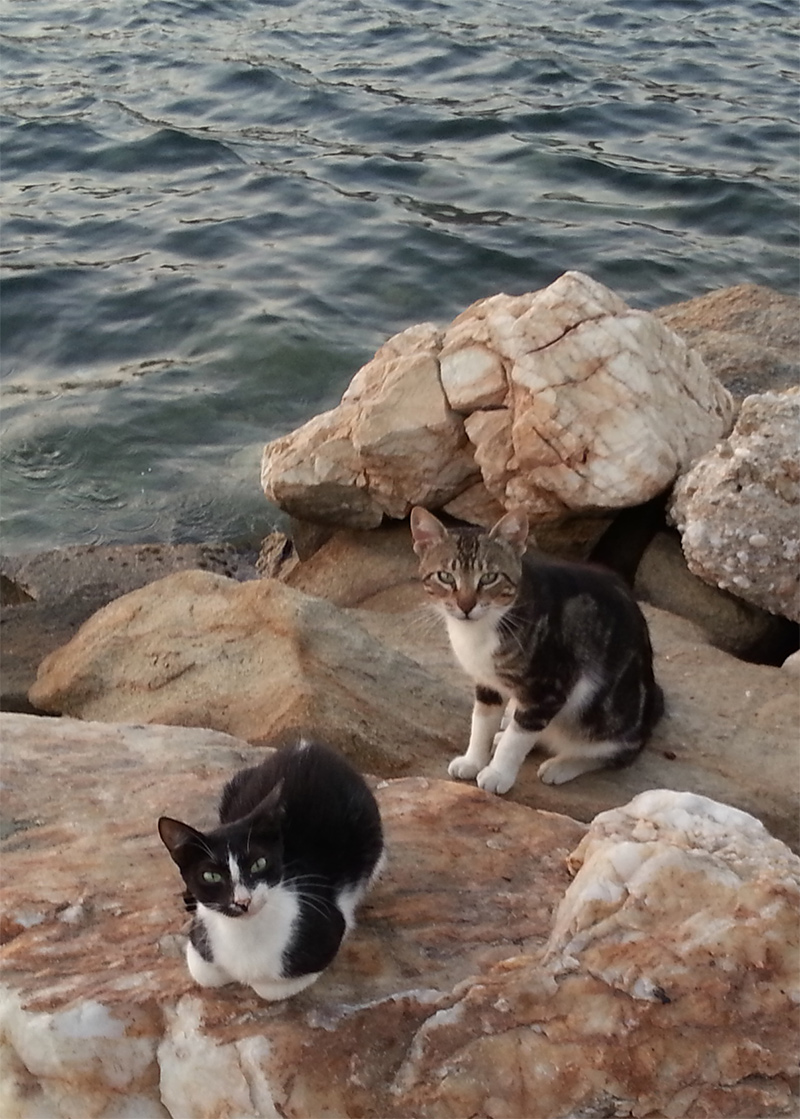 ….cmon you can spare a bit for my pal surely?…
Photograph: Ed

Come and get it lads…free grub!
Photograph: Ed

but… these cats were the friendly bunch we found alongside Ios Port in Greece, right where the ferry from Santorini pulls in. We sat down to tuck into our greek salad and main courses and along strolls the gang leader, casual as you like (well we were on his patch afterall).

He took a few bites of the Feta cheese we threw and then turned his nose up… far too salty we thought (or pehaps he was just fed up of feta, being Greece n’ all). With food in offing (and the air) though another feline friend soon turns up and is also pleading his case. They were after something far more tasty though…and well, with such pretty faces how could we say no.

Word evidently had gotten around and soon the whole bloomin’ gang were lining up in front of us. Anyone but fervent cat lovers might have been tempted to say…”Run for it!”