Skip to content
Christian was a 35 pound lion cub (and a “gorgeous” cat) when John Rendall and Ace Bourke discovered him in the Harrod’s department store window. The year was 1969, and Christian had been put up for sale by the store for 250 guineas (or about 280 pounds). The store had acquired the cub from Ilfracombe Zoo as a sales gimmick, but it had all gone wrong when the inquisitive feline escaped from his cage one night to take a sniff at some goat skins on sale in the carpet department. Needless to say he proceeded to wreak havoc… 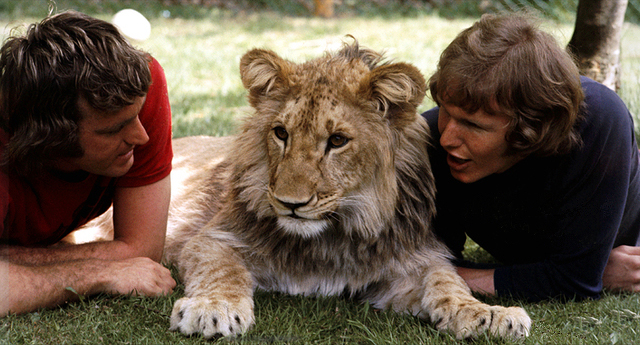 Christian the treasured friend of Ace and John.
Photograph: alioncalledchristian.com.au
On seeing the lion the two friends were dismayed and convinced they could give the lion a better home. The two purchased the cub and took him to their flat above the trendy ‘Sophistocat’ furniture shop on Kings Road, in the heart of 60’s “Swinging London”. Christian was a lively, friendly and intelligent cub who slowly built a bond of genuine friendship and trust with John and Ace. He also turned into a local celebrity over the next five months, and produced smiles in all who met him. However the cub was growing fast and in just a few months he became a giant of 185 pounds. At this point Rendall and Bourke realized they couldn’t keep the Lion much longer. The story has a first amazing twist when a fortuitous chance encounter took place… One day Bill Travers and Virginia McKenna the stars of the 1966 film Born Free wandered into ‘Sophistocat’ looking for a writing desk. The actors, hearing of the friends plight at this ever growing Lion suggested that conservationist George Adamson be contacted (George’s wife, Joy, wrote the book ‘Born Free’ about real-life experiences in raising a lion cub). So taking the good advice, Christian was soon shipped out to Africa where he was carefully rehabilitated and released into the wild. The final chapter in the story occurred in 1974, when Rendall and Bourke decided to visit Christian for one last time. They knew he was now a wild animal, so could he be found in the wilds of Kenya….and if they found him would he remember the two surrogate friends? … Adamson told them “it was doubtful that Christian could ever be found…. No one had seen him in nine months”. The two flew to Kenya anyway, and the amazing coincidence is that on the day they landed, Christian (not seen for those nine months) appeared outside Adamsons camp (perhaps knowing his old pals were coming to see him). He was seen waiting outside the camp until Rendall and Bourke arrived. The reunion of this Lion with his human friends is now a well known story which has been made into a film recounting his journey across the globe, rehabilitation in Africa and eventual return to the wild. The video shown below shows the reunion of Ace and John with Christian.
Christian the Lion, a reunion
Video: alioncalledchristian.com.au 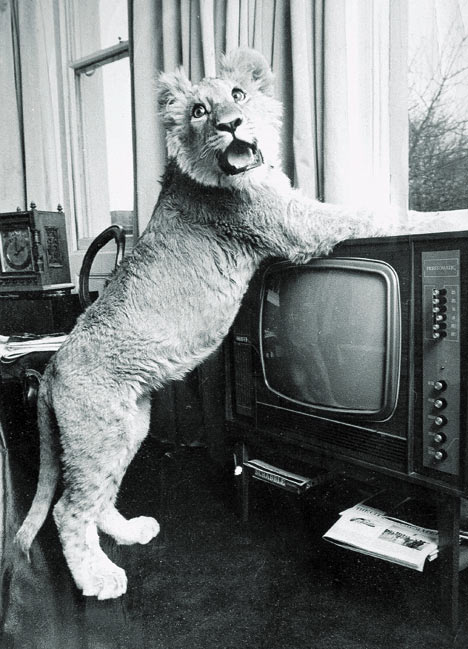