Skip to content
Well reader, holiday time’s almost over for another year! Norman and I hope you had a good one, whether you were sunning yourselves in a back yard staycation or lounging in the heat on some golden sandy beach with the waves lapping at your toes (or paws).As for us, we saw a whole host of creatures and critters on our trip around the National Parks of the USA, including (stuffed) Mountain Lions, a bobcat, a herd of buffalo, a wild Osprey and three bears in Yellowstone Park (with not a Goldilocks in sight)….. But a certain feline called Miss Kitty stole the show for us (well, for cat lovers who else was going to get the prize)!

Miss Kitty struts the boards
Photograph: Ed at Moggyblog.com
Well, to get to the point of the story… coming home we stopped off at Universal Studios, Hollywood in California. There was a show on called ‘Animal Actors’ and who should turn up as a perfomer but one of our own.I caught the name ‘Miss kitty’ as she was introduced but that might just have been her stage name. Out walks a cat of poise and distinction who stole the show from the dogs, birds and babboon also in the show.Here are a series of snapshots of her performance. 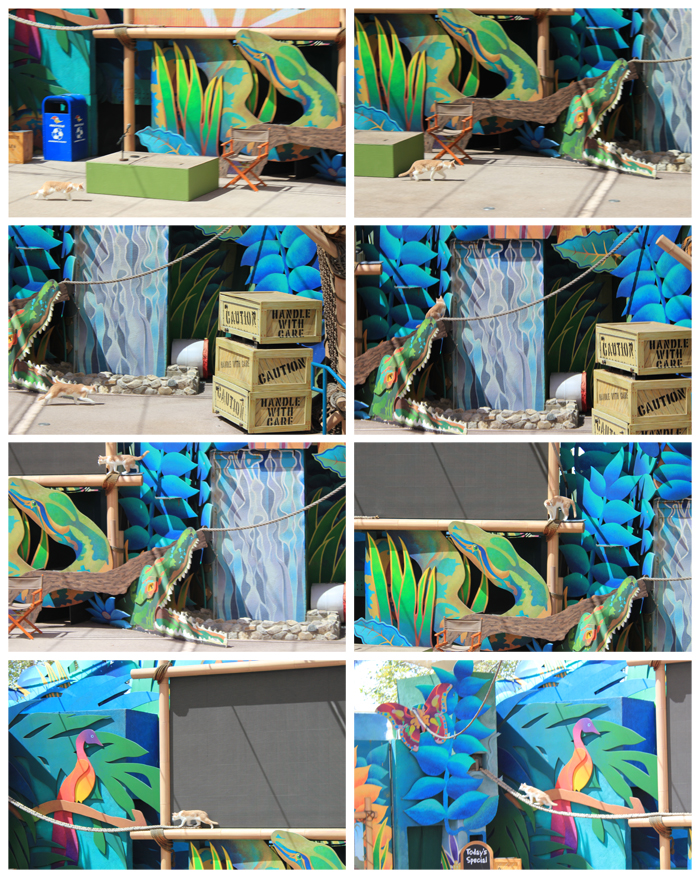 Miss Kittys performance in pictures
Photograph: Ed at Moggyblog
So, right on cue, Kitty proceeded to walk the length of the stage, jump on to the alligators snout, up on to the bamboo bridge, across the bridge and up the rope to the hidey hole at the top. All, without so much much of a nod from the animal trainers on hand. [Now, did you ever try to get a cat to do anything!! (except coming to get food of course)].The animal trainers did though point out that all the animals in the show (including Kitty) had been rescued from animal shelters or had been found homeless on the streets. They had all been looked after lovingly and trained to perform in many of the Hollywood films we knew so well.At the end of the show the trainers encouraged us to to donate whatever we could to support animal shelters (in our own regions).I’ve posted some more creature snaps below…. We hope you like em

A Mountain Lion in Virginia City
Photograph: Ed at Moggyblog

A bear family in Yellowstone Park
Photograph: Ed at Moggyblog 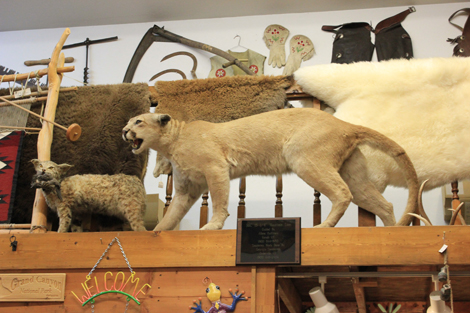