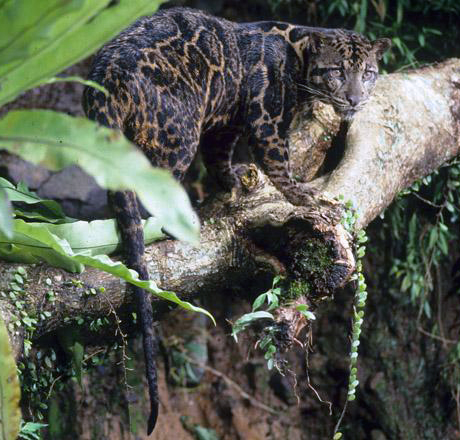 Until 2006, there was thought to be a single clouded leopard species (Neofelis nebulosa). However, recent genetic and morphological studies have led researchers to conclude that there are two completely separate species of clouded leopards. Researchers estimate that the two species diverged approximately 1.5 million years ago due to geographical isolation.

Officially recognised as new species of Clouded Leopard (Neofelis diardi or ‘the Sundaland clouded leopard’) in March 2007, these cats were discovered on the Indonesian islands of Borneo and Sumatra. Sadly these cats are already on the endangered species list, with an estimated 18,000 of them remaining in the wild.

If you would like to find out more please visit the following websites The National Geographic Big Cats Initiative The Clouded Leopard Project Leopard Conservation & Research.