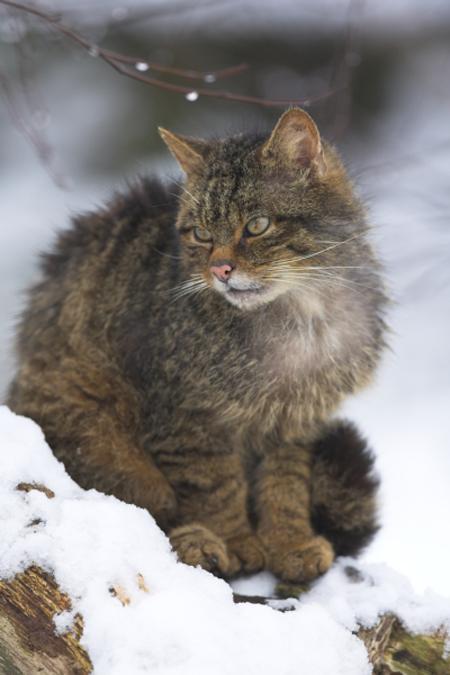 Wildcat in the Snow
Photograph: by Graeme Purdy
The Scottish Wildcat evolved as sub-species in Britain from a population of European Wildcats that was isolated at the end of the last Ice Age (9000 years ago). Scottish wildcats are larger and more heavily camouflaged than their European counterparts but have faced a similar history of decline mainly as a result of hunting, persecution and habitat loss caused by deforestation.In 2004, a team of scientists attached to WildCRU (Wildlife Conservation Research Unit) and the National Museums of Scotland estimated that as few as 400 wildcats remain in Scotland.The European Wildcat of which the Scottish Wildcat is a sub-species have a wide distribution across Europe that includes, Spain, Portugal, France, Germany, Italy, Greece, Bulgaria, Hungary, Romania and Slovakia as well as Asia and the Middle East. It is likely that many populations contain large numbers of cross bred animals