Skip to content
Just got back from my summer holiday and (as usual) I took a few photos of some of the scenery and wildlife we happened upon…. and not surprisingly, some moggies were amongst the collection. 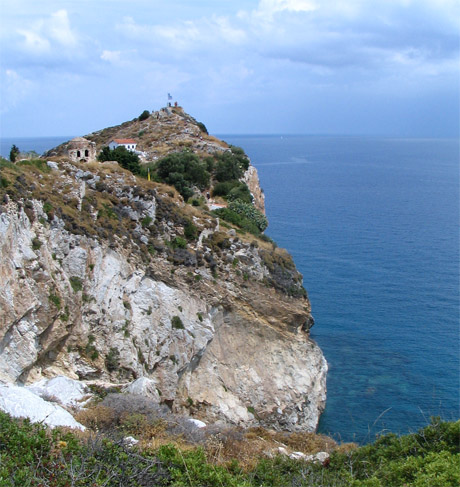 Castle Castro
Old Skiathos town was founded here in 1538!
Castro or Castle Castro is the medieval town of Skiathos in Greece, which was built on a gigantic rock several hundred feet above sea level. Castro is situated in the northern part of this Greek island, and took us around an hour by boat to reach from the new capital of the island. 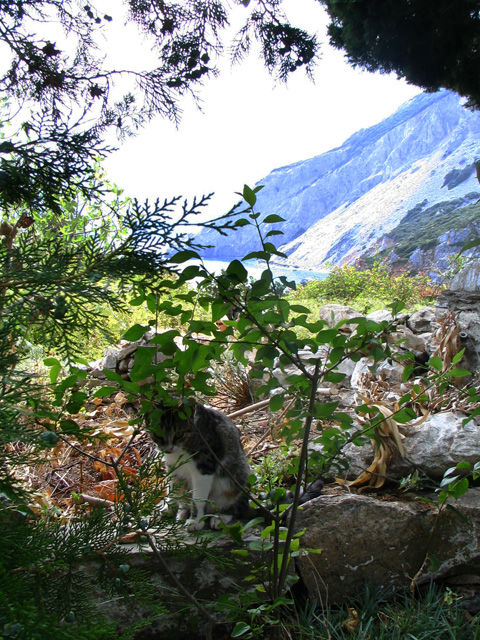 Castle Castro Cat
taking shade in the heat of the day.
Amongst the ruins stand some middle ages houses and at least three churches (I counted). High on the clifftop are stunning panoramic views of the Aegean sea which can be seen in the photographs above. A single cannon from those ‘days of pirates’ is still intact amongst the remains of the ruined town. Amazingly Castro was the old capital of this island from 1538 until 1829. [teaserbreak] 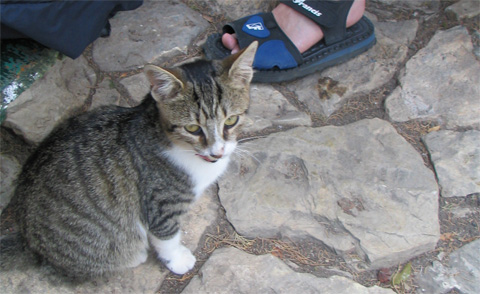 Castro Cat at the ouzo table.
Set out on a table outside the highest church were a couple of little bottles of ouzo and some glasses. These, together with a tray of boiled sweets, were kindly provided by the church warden. 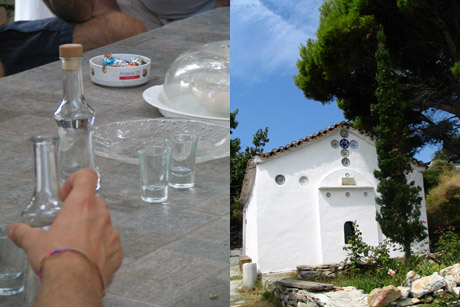 Word got round that this was free to drink and we didn’t want to disappoint did we!… Anyway a few minutes later several local moggies appeared which looked to be quite well fed and friendly. [teaserbreak] ..and a couple more Skiathos moggies for good measure… 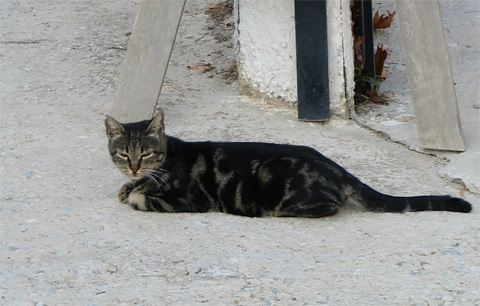 Sadly not all the cats and dogs we saw on the island were as well looked after as the Castro cats. I’ve provided a link below to the local cat (and dog) sanctuary on the island. This husband and wife team (Peter and Sharon Hewing) look after the islands unwanted strays and outcast domesticated animals all year round, but the end of the holiday season is a particularly difficult time!