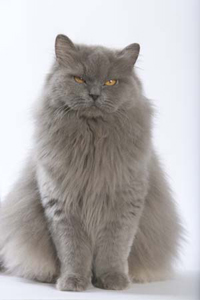 The rationale for this breed is that the original longhaired British cat, through interbreeding with imported longhairs, was developed into the Persian and became increasingly massive and extreme in type and with longer, thicker fur than the early Persians. During the late 19th Century and early 20th Century, the Persian was considered the longhaired analogue of the British Shorthair (Frances Simpson’s The Book of the Cat depicts and describes the old type of Persian). During the latter part of the 20th Century a shorthaired version of the modern Persian was developed and was called the Exotic Shorthair; this was very different from the British Shorthair. It was therefore proposed that a longhaired cat of the British type be reintroduced into the cat breeds.